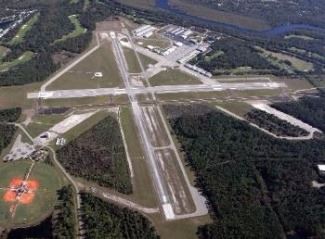 OMN was established in 1943 as a naval aviation training field, and the airport was deeded to the City in 1959 by the Federal Government. The airport facility offers:

About 156 aircraft are based at the airport, with an average of approximately 119,000 annual operations (takeoffs or landings) since 2008. The Airport is owned and operated by the City of Ormond Beach, and is designated by the Federal Aviation Administration as a publicly owned, public-use general aviation facility, and by the National Plan of Integrated Airport Systems as a General Aviation (GA) Transport Type (TR) Airport.